Towards the eighties, the equipment and production capacity were triplicated as well as the cities and nearby areas. Being 1986 the watershed for the modernization and growth of our company, doubling its surface and buying the most modern Italian equipment to produce wheat flour flat pellet, allowing us to compete with the best infrastructure, quality and service that our customers deserve.

Thanks to Mr. Salvador Ramirez Gomez vision, we remain firm on the purpose of being better, updating our production processes and equipment every year, recognizing our personal abilities and having the most modern equipment for the elaboration of snacks pellets. Gustinos has been a pioneer in the elaboration of wheat, potato, fish and corn pellets, expanding in the national market and successfully venturing aboard. 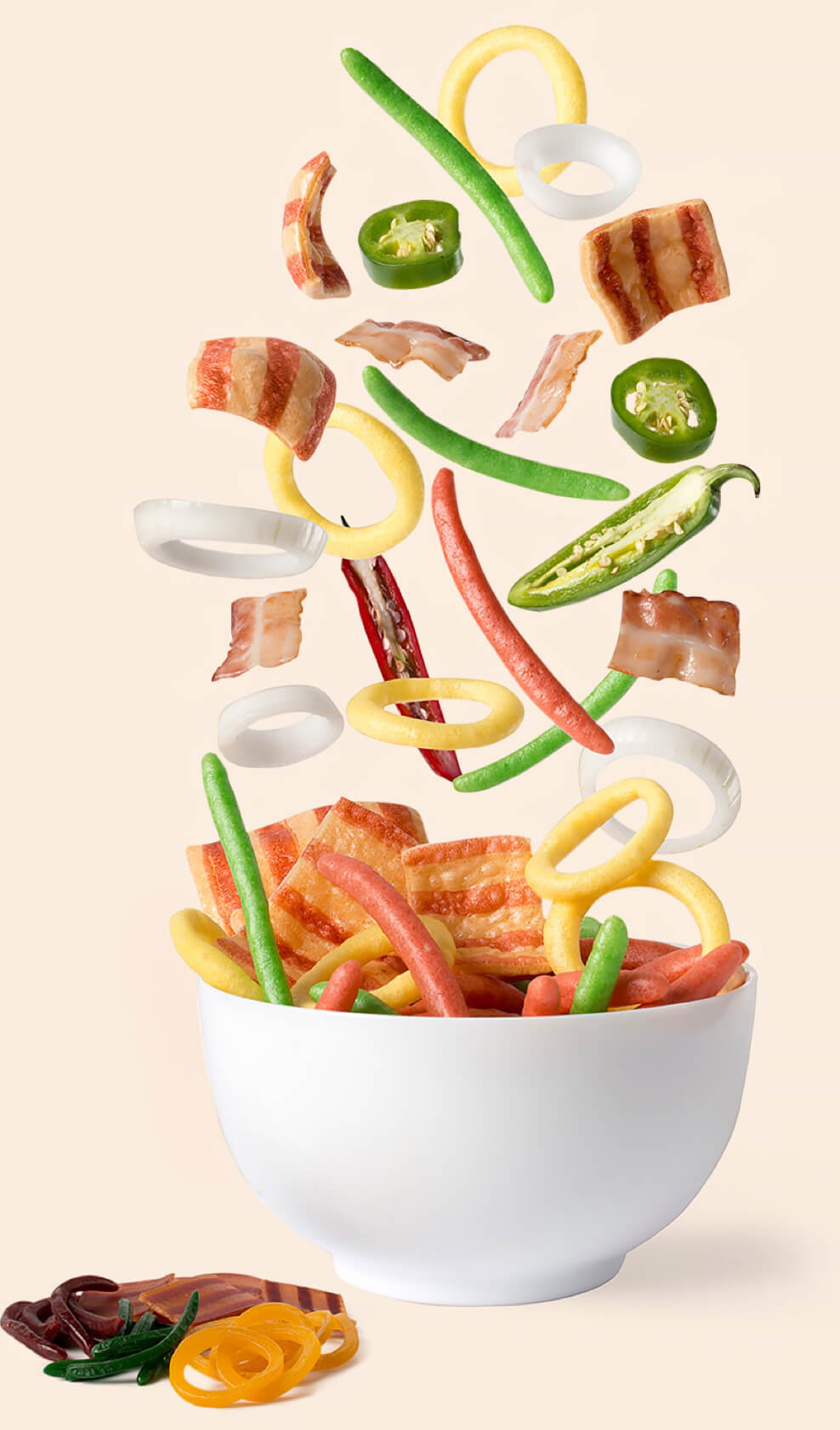 In Gustinos we are committed with the quality and safety of our products with the purpose of having healthy products to satisfy our clients needs. We work untiringly developing systems that allow us to ensure and to improve continuously our involved processes, reaching in this way the quality and safety that have given us our prestige in the Mexican market and in other countries as well.

Alimentos Extruidos S.A de C.V. is a leading Company in the snacks pellets industry that seeks to satisfy our internal and external client’s needs with quality products at a competitive price in the market and with a higher service level than our competitors.

To be the best option with total quality for our costumers based in organization, with constant training for the integral development of our people and using the highest technology in order to respect and to safeguard the ecological and social environment.

To create a work environment with trust and appreciation based on respect, honesty and loyalty with the purpose of a new work community that feels well enough to develop its creative potential so we can walk together on the course of effectiveness and continuous improvement.